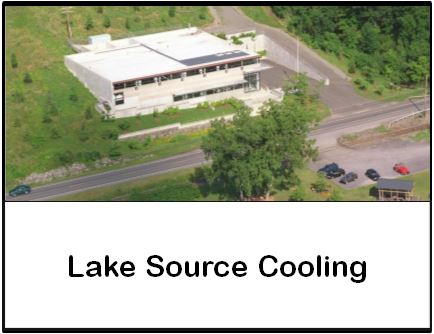 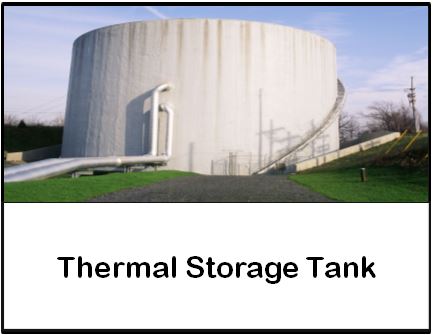 The district cooling system operates year round with no seasonal or scheduled shutdowns. It has been extremely reliable due to the distributed nature of the production facilities and use of the Thermal Storage Tank. This distributed production capability allows Cornell to make equipment and piping repairs within the plants themselves without interruptions to the customers. Individual equipment failures or trips are countered by quickly shifting load to the Thermal Storage Tank.

Since start-up in July 2000 of the system's flagship Lake Source Cooling plant, LSC has reliably captured 99% of the annual cooling load. In 2005, all CFC refrigerant chillers in the three other central cooling plants were decommissioned. In addition to Lake Source Cooling, this leaves just two HFC Chillers, plus the Thermal Storage Tank, as supplemental supply and back-up to LSC.  A summary of these cooling resources is shown in the table below.

The Lake Source Cooling (LSC) project was a replacement and upgrade of the central campus chilled water system with a more environmentally sound design. In 1994, pressures on the existing outmoded, 1960’s era system, such as CFC phase-out, load growth, aging equipment and rising energy costs, necessitated a substantial change. LSC was chosen as the best available technology from the numerous options studied. Construction began in the spring of 1999, with start-up and commissioning occurring during the summer of 2000. Though it required more initial investment than replacing the system with standard refrigeration technology, LSC is providing the university with a method of cooling that eliminates CFC-containing refrigeration equipment and its associated energy use.LSC draws water through a 2mm wedge-wire screened intake about 10 feet above the lake bottom, at a water depth of 250 feet. At this depth, Cayuga Lake remains cold (about 39°F) year-round. The cold water is piped to a shoreline heat exchange facility, where it transfers its coldness through solid stainless-steel plates to water that circulates to the campus in a second loop of pipeline. The two water flows can never mix. Water drawn from deep in the lake is returned through a diffuser located about 500 feet offshore, at a water depth of 10 ft. The water is returned to the lake at a temperature between 50-55°F, and no chemicals of any kind are added to the recirculated lake water. The chilled campus water is pumped up to the campus to cool equipment and buildings via a closed-loop system. Because heat flows naturally from hot to cold, no extra energy is required beyond that needed to move the water through the pipes.
The renewable resource tapped by LSC has reduced Cornell’s reliance on fossil fuels. Since coming on line, LSC typically saves 25,000,000 kilowatt-hours of electricity annually, enough to supply 2500 homes in Tompkins County. This represents about an 85% reduction in energy use for campus cooling. Energy savings for an average year is depicted in the chart below. 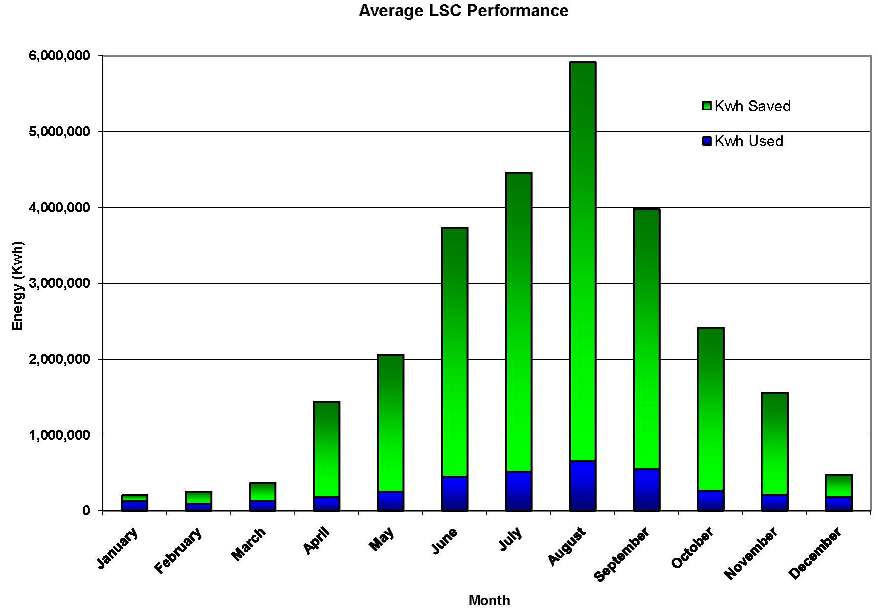