Cornell has maintained an inventory of trees on the managed portions of the Ithaca campus since 2009. The inventory was utilized to locate the over 200 ash trees in the areas managed by our Grounds Department and facilitate identifying high quality and/or high visibility individuals (trees) to treat and those suitable for removal to mitigate the cost and risk to the campus community. Approximately 75 ash were prioritized for treatment, with the remainder to be removed over the next year. The majority of the removals would be performed by a contractor arborist and include grinding of the stump. A replanting plan will be developed to replace at least half of the ash removed with appropriate species. 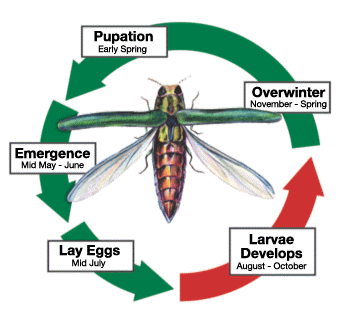